Man, the Yankees can’t seem to pull out a win against either the Red Sox or the Angels.  It’s bad enough that we were just swept by the Halos but now we’re three games out of first behind the Red Sox who are the second team we have been unable to figure out for the first half of the season.  Yesterday, we sent CC to the mound in hope of stopping the sweep, but I guess that didn’t go over very well with the Angels because they still beat us.  The final score was 5-4 and the Yankees unfortunately ended the first half of the season on a sour note.  A sweep, not my idea of a good end to the first half.

As far as the Yankees go, they didn’t play all that bad.  CC pitched all right going 6.2 innings giving up nine hits and three walks.  He gave up all five runs that the Angels would get in the game.  When he was relieved in the seventh, Phil Hughes came out from the ‘pen and continued his dominance from the ‘pen.  He went the remainder of the game giving up two walks and striking out one.  A STELLAR performance from Mr. Hughes.

The offense played pretty well too.  Here are my top performers for the day:

So, the All Star break is here and the Yankees are second in the AL East, three behind the Boston Red Sox.  We’ve got some guys representing the Bombers in St. Louis for the game and I feel that the second half of the season is going to be a good one.

Now onto other thoughts running through my brain right now…

The Home Run Derby is tonight and I have a feeling it is going to be a good one.  In the NL, there are a quartet of first base sluggers that are definitely give us a good show. 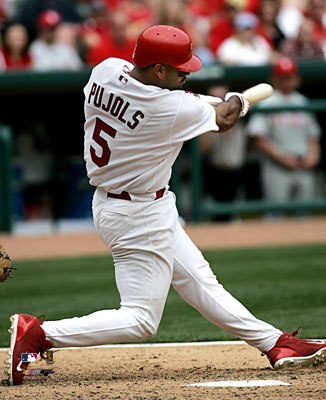 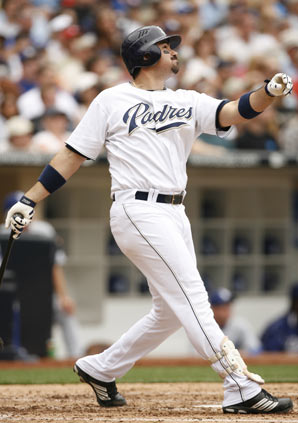 In the AL, there are a few guys that I don’t feel will last very long, not mentioning any names… Brandon Inge… cough cough.

Here are the rest of the AL contestants.

Albert Pujols will dominate the general competition sending balls into the stands left and right.  Adrian Gonzalez will be the Josh Hamilton of 2009.  He is the one guy that I don’t think is getting a lot of credit for being here.  He is going to have a great derby.  Fielder and Howard will do well in general but I don’t know if they will make it to the second round.  Brandon Inge is out after the first round.  Nelson Cruz will make a run as will Carlos Pena.  I think Joe Mauer will have a good derby despite not being considered as much of a power hitter as the rest of the competitors (not including Brandon Inge).  Mauer will make it to the second round but probably not much further.

After first round, guys still in it:

Gonzalez will use his high home run count from the first round to stay ahead of the pack and get into the finals.  Pujols will continue to hit a ton of bombs.  Mauer and Howard will fall despite having another round of good numbers.  They won’t catch up to Gonzalez and Pujols.

After second round, guys still in it:

It could go either way and I think either guy will have a great chance at putting on a show and getting the victory.  Personally, I would like to see Adrian Gonzalez win it because I think it would be nice to see him get credit for being the big power hitter that he is.  He can go the other way better than any of the other competitors and that is why he is my favorite to win the event.

Overall, the Home Run Derby is an event for the fans and it is usually greatly enjoyed.  I am looking foward to seeing this one.  It’ll be a great time.